Data-Driven Decisions for Accelerators and Incubators

On July 31st, Frontier Incubators hosted their fifth event in a series of webinars, which aim to connect leaders from global accelerator and incubator programs with program managers who are seeking to serve entrepreneurs in the Asia-Pacific. This webinar provided insights into using data to develop best practices for the sector, establishing criteria for defining an accelerator, and responding to surprises in research findings.

Read on to learn about GALI’s work, and how Village Capital partnered with the research body to improve the efficacy of their program.

Brent Ruth from Emory University commenced the webinar by introducing Global Accelerator Learning Initiative (GALI), a partnership between Emory University’s Database Program and the Aspen Network of Development Entrepreneurs (ANDE). Brent explained their objective as “we want to better understand the impact of acceleration on entrepreneurs.”

GALI examines both individual program impact, and undertakes larger sector level research. Chiefly, the research aims to determine “is acceleration working? And how does in work in specific geographies or across genders?’”

What differentiates GALI from other data sourcing initiatives is their emphasis on monitoring the entire ecosystem. Brent explained “GALI is collecting standardised data from everyone who applies to a program so they can see the differences between entrepreneurs they’ve supported, as well as those who they rejected.” To date GALI has worked with over 200 accelerator programs and now track over 17,000 entrepreneurs. 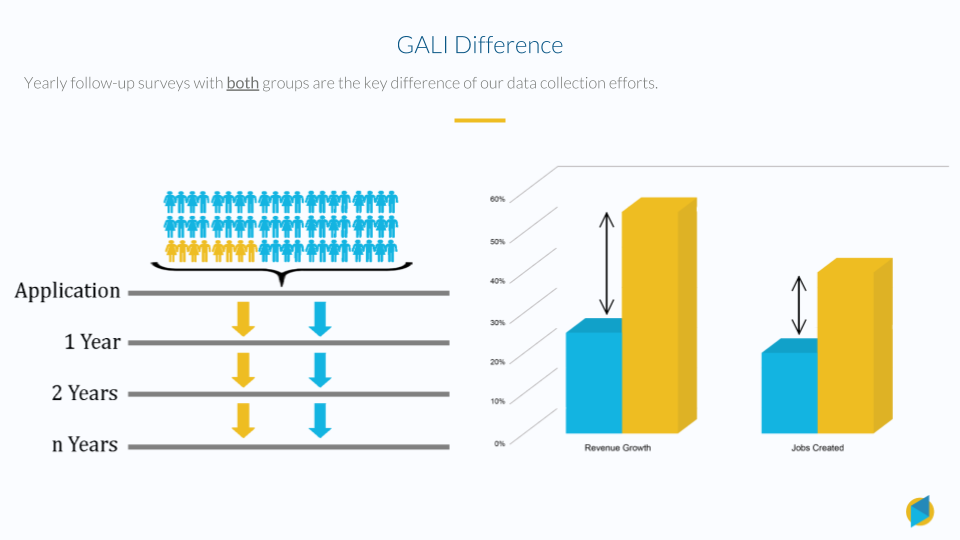 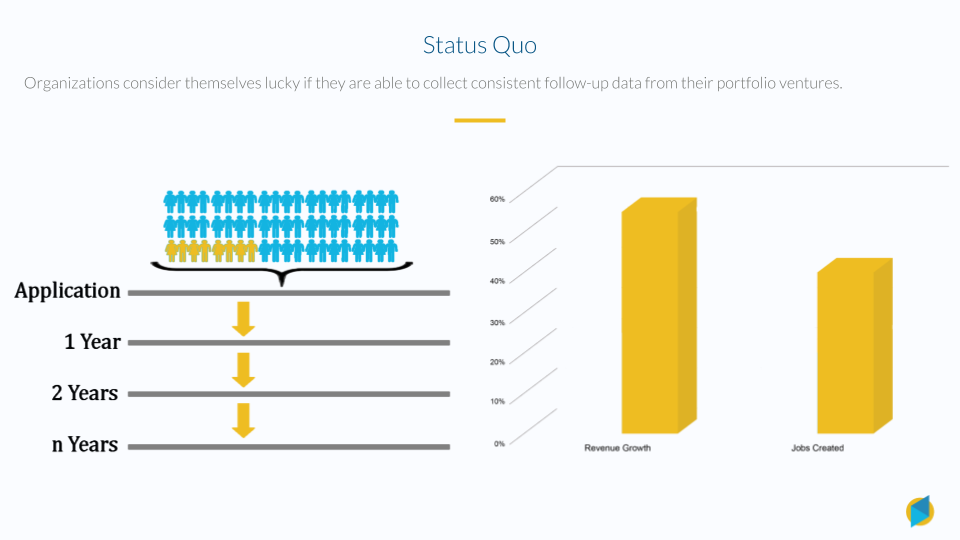 2. Why Is Data Important?

Brent explains that partners use GALI’s data to “make programmatic decisions.” Heather Mantranga from Village Capital describes how “we partnered with GALI originally because we were interested in understanding is our program effective? Our objective is to scale entrepreneurs- is that happening? We wanted to see if our companies are growing as a result of our program and if so, what aspects are helpful.”

3. Responding To The Data — Prepare To Be Surprised!

Heather outlined how the GALI data uncovered a series of “surprises” which necessitated changes to the programs. 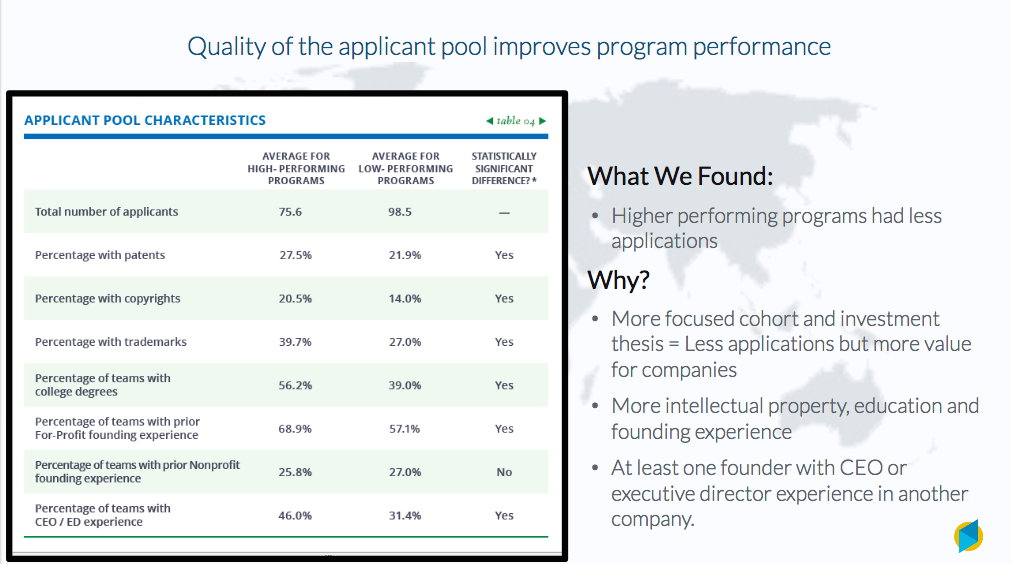 Aligned partners improve the quality of the program more than big name brands. Heather explained, “they need to be in alignment and willing to lend employee time or think through strategic partnerships.” She further outlined how GALI data has resulted in “thinking critically about the mentors that we are bringing in. It is not the big name, it is how well the mentor is involved. If you have someone who is the Managing Director of a large fund — but if they are not going to take the time to get to know the business, an Associate level person in the field may be a better person to bring to meet the companies.” 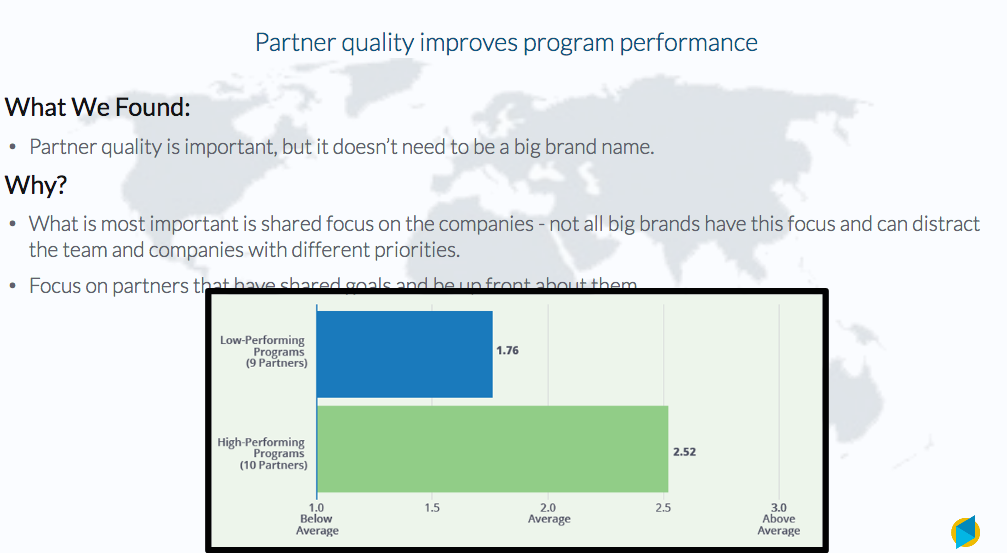 4. Methodology Matters- What Is An Accelerator?

Brent explained that in partnering with programs around the world, it is important to have clear criteria about what constitutes an accelerator program:

5. What Role Does Data Play In Telling A Story To Stakeholders?

Brent emphasised the value of data as a “complimentary side story.” He described “this data adds more credibility to the overall performance of the accelerator.” Having access to standardized, neutral third party information is invaluable for communicating with donors, entrepreneurs, investors and program funders. It can “lend validity and seriousness in a way that donors can take comfort in” Brent highlighted.

From a program perspective, Heather also described the value of “third party validation” for communicating the effectiveness of a program to partners. She described how Village Capital ‘also use the data — for example, through these efforts we know the diversity of our alumni and applicant poor which we use to drive our decisions. We have a unique investment methodology where the companies decide who receives investment.”

6. What Are Strategies For Collecting Data — Especially From Alumni?

Brent addressed the difficulties of collecting data, and identified the benefits of GALI being a third party, which “helps get those who were rejected to share.” He also highlighted that “the big draw is that we have financial incentives — we give away $20,000 USD every 6 months. We do a random draw of those who have completed a survey in the last six months and four get picked and win $5,000 — they get no string attached capital.”

Heather also highlighted the importance of managing expectations during the selection process, and explaining the importance of data collection to participants. She explained “we will let the alumni know that the survey is coming — and the program manager who has the strongest relationship will send it out to that cohort.”

Brent explained the value of data for uncovering gender disparity, as well as employing data to assist to generate an ecosystem which supports gender equality. He described how the data around gender representation has been “eye opening to our partners” where one partner reported “I didn’t realize that we were only recruiting 15% of ventures with women on the founding team. And of that only 10% have a woman listed first as a partner.” In identifying this disparity, the program can then act to address it, and Brent reported “this year they are increasing the number of women led ventures in their applicant pool.”

Heather identified some tactical and practical approaches for “closing the gap” between female and male founded companies. She outlined ‘when you are asking cohorts to meet has implicit gender implications, If you have women who are mothers — there are going to be certain times/days that will work better.” Avary from conveners.org also highlighted the value of providing childcare, as a means of easing pathways for parents (and particularly mothers) into accelerator programs.

We hope the webinar series has sparked your interest supporting entrepreneurs and innovators in the Asia-Pacific.